In this post you are going to learn everything there is to know about a first time DUI in California.

A person who has been arrested for a first offense DUI in California is facing two different government agencies.

In California when your arrested for DUI your charged with two seperate crimes.

These are separate offenses and you can be charged and convicted of either or both.

2. How is BAC Calculated?

Blood Alcohol Concentration (BAC) is calculated by determining what percentage of alcohol is in an individual’s blood at the time of the test. BAC can be calculated using a breath testing instrument or by gas chromatography following a blood draw.

If you are under the age of 21 at the time of your arrest, California has a zero-tolerance law whereby any measurable amount of alcohol in your system is a violation3.

4. What if you are a Commercial Driver and it’s Your First DUI in California?

If you are a commercial driver, you are prohibited from driving if your BAC level is at least 0.04%4.

5. What is a Misdemeanor DUI in California?

A DUI will be charged as a misdemeanor in the following situations:

6. Is a First Offense DUI a Felony or Misdemeanor?

A first-time DUI is a misdemeanor offense unless someone is seriously injured or killed at which point the prosecutor will charge the DUI as a felony.

7. What Aggravating Circumstances can Increase your DUI Penalties?

Gross vehicular manslaughter is always charged as a felony with prison time of 4, 6, or 10-years.

8. What is the First Court Appearance in a DUI Case?

Your first court appearance is the arraignment where the complaint against you is read and you are asked to enter a plea of either not guilty, guilty or nolo contendre (no contest—similar to a guilty plea).

9. When Will I Find out What the BAC on my Breath or Blood Test was Calculated?

Your attorney will be given a copy of the complaint and the prosecutor will generally hand him or her a copy of the police report in your case and any other documents relevant to your prosecution at the arraignment.

If you submitted to a breath or blood test, the results will generally be indicated on the police report.

The judge will then schedule your next court date, which is a pre-trial conference.

10. Can you get a DUI Charge Dismissed?

DUI charges may be dropped by a prosecutor if he/she is convinced there was no probable cause to stop or arrest you for intoxicated driving.

Charges may also be dropped if your attorney is able to have the court exclude incriminating evidence from being considered pursuant to a motion.

11. Can I get my First DUI Reduced to a Different Charge?

The following charges are reduced charges to a DUI, though not a separate criminal offense.

In situations where the facts and circumstances of your case are such that the prosecutor may have difficulty proving DUI in a trial, they may be willing to plea bargain to a lower offense.

12. Is a Reduction to a Different Charge Possible if Your BAC is Under .10%

You are presumed to be under the influence at 0.08%, but prosecutors are more willing to reduce a DUI to a wet reckless or possible lower offense if your BAC is between 0.08% and 0.10%.

If the prosecutor determines that the defendants BAC was rising when they took the chemical test and it was close to the legal limit then they may conclude that they may not be able to prove the defendant was .08 o over at the time of driving.

There may also be police mistakes such as a lack of probable cause to stop the vehicle which could be used to persuade the prosecutor to reduce your DUI charge as well.

13. Is a Reduction More Likely if This is my First DUI Offense?

Prosecutors are more willing to offer a reduced charge if this is your first offense compared to situations where there is a history of DUI for the defendant.

14. Is a Reduction Possible if the Prosecutor is Unable to Establish who the Driver of the Car was?

There are circumstances where police are unable to definitively determine who was driving.

While there may be some evidence pointing to you as the likely driver in any of these scenarios, the prosecutor may be more amenable to a reduction of the charges in the interests of justice.

If you want to know more about the “no driving defense” watch this video. 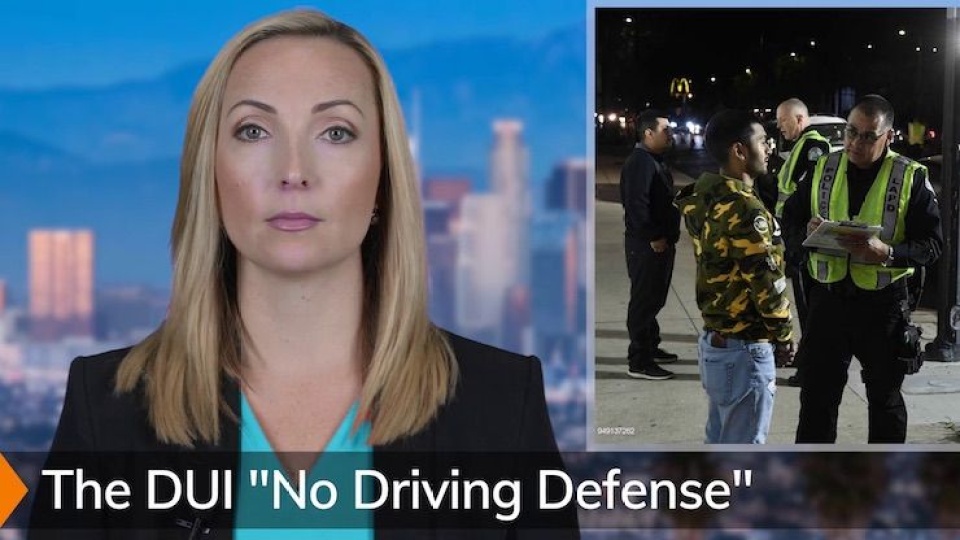 15. Are there situations where the prosecutor will not offer a reduction under any circumstances?

A prosecutor is unlikely to offer you a plea to a wet reckless under the following circumstances:

16. Can You Get a Reduction If There was an Accident or Injury?

If you caused an accident or injury in an alcohol-related incident, it is highly unlikely a prosecutor will offer you a wet reckless unless there is evidence of police misconduct or failure to follow certain protocol.

Should someone have suffered a serious injury or fatality, you face possible felony DUI charges.

If you were in an accident that was not your fault but the investigating officer determined that you had been drinking and a BAC test result was 0.08% but under 0.10%, you could plausibly argue to the prosecutor that an offer of wet reckless would be reasonable.

For a first DUI offender, you may face 2-days in jail but will receive an additional 48-hours if you refused BAC testing.

For every subsequent DUI conviction, the court will impose a mandatory minimum jail time.

If you caused an injury or fatality, the penalties are more severe. The maximum penalty for a first time misdemeanor DUI is 180 days in county jail.  A felony DUI carries the possibility of several years in state prison.

18. What is the punishment for a first time DUI?

Typical penalties for a first time DUI include:

19. Is Your License Suspended Immediately After a DUI?

No, you are given a temporary 30-day license once you receive notice of the DMV’s intent to suspend your license. You have 10-days to request an Administrative Per Se hearing before the DMV to challenge the suspension or your license will be suspended when the 30-day period expires*.

Note: For arrest occurring after January 1, 2019, you will have the option of avoiding a hard 30-day suspension by:

All of these must be completed prior to your DMV hearing.

This is not available if you refused the chemical test or are under 21.

20. How long is your license taken away for a DUI?

For a first offender, you lose your license for 6-10 months, or a full year if you refused testing.

You can apply for and receive a restricted or “critical use” license after 30-days*; except if you refused tested, then you are not eligible. These times increase with each subsequent DUI conviction.

*New laws will impact arrests taking place on or after January 1, 2019.

21. Is Jail Time Mandatory for a First DUI?

Many California counties have a policy of jailing first time DUI offenders for 48-hours, but others may only impose probation and community service in lieu of jail time.

If you refused testing, you likely face at least 2-4 days in jail.

22. How Much is a DUI Fine in California?

Additionally, the court will impose penalty assessments which will increase the fine by up to 5 times the amount.

23. How long does it take for a DUI to come off your record in California?

A DUI remains priorable for 10-years, starting from the date of arrest rather than the date of your conviction.  You may apply for a DUI expungement after you have completed all requirements such as successful completion of your probation and if you have not served any state prison time8.

If you are still on probation your attorney may need to file a motion for early termination of probation.

DUI Defenses That May Be Applicable In Your Case.

Important Information On The Investigative Process for A DUI

The state of California has implemented some of our nation’s harshest DUI laws, even for a first time offender.  It is important to find a knowledgeable dui attorney who can assist you in reducing the charges from a DUI to a wet reckless or lesser offense.

The penalties and consequences of a DUI on your record are severe and long lasting.  An attorney can help reduce these penalties and create defenses on your behalf to lower the charges.

At theAizman Law Firm, our attorneys can help you with questions you might have about the entire DUI process and penalties for a first offender. Please call our office at: (818) 351-9555 for a free confidential consultation.

In this post, I will explain California’s laws against driving under the influence while operating a boat. Definition Of Boating Under The Influence Of Alcohol Under California Harbors & Navigation Code 655, it is unlawful to operate a recreational boat while under the influence of alcohol or drugs1, or to have a blood alcohol concentration level…

In California, DUIs and wet reckless charges are priorable offenses. This means that each time you are convicted of another DUI or wet reckless offense such as a fourth DUI, the penalties increase in length and severity because of your past offenses. Below our DUI attorneys explain the penalties for 4th time DUI’s. Is A Fourth DUI A Felony?…

In this post, I will explain (9) things you should know about California’s Marijuana DUI Laws. Let’s get started… But first, watch this video to get an in-depth understanding of how Marijuana DUI is prosecuted. Overview of Marijuana Laws Marijuana is a controlled substance and is legal to possess in California beginning January 1st, 2018 after the…

Under California law, if you cause injury to any person other than yourself, you may be charged with vehicle code 23153 DUI causing injury1. Below our DUI lawyers explain the law including defenses and potential penalties for VC 23153. Overview of Vehicle Code 23153(a) 23153(b) You can be charged with §23153(a) even if your blood alcohol content is below…

When Can The DMV Suspend Your License? Your license can be suspended under any of the following circumstances: You were detained on suspicion of drinking while under the influence and took a breath or blood test that indicated you had a blood alcohol concentration (BAC) of at least 0.08% You were similarly detained and refused to submit…