Lewd conduct is a sex crime found under Penal Code 647(a). A conviction does not impose sex offender status on you by requiring you to register with authorities for life.

If the prosecutor is unable to prove the following 5 elements he or she may reduce or dismiss lewd conduct charges.

Overview Of The Elements

To be convicted of Lewd Conduct, the prosecution must prove each element of the offense by proof beyond a reasonable doubt and the jury must find you guilty by a unanimous verdict1.

The following is an examination of each of these elements and what the state must prove to find you guilty.

What If The Exposure Was Brief?

You may also have exposed your genitals briefly in order to change your clothes for example or touched yourself to rearrange clothing or to scratch an itch. This does not convey intent to arouse or annoy a third party without more evidence.

What Is The Reasonable Person Standard?

Lewd Conduct in a Public Place

A critical element of PC 647(a) is that the conduct must have occurred in a public place or area open to the public or exposed to public view5.

If it appeared that you took steps to avoid other people observing you, then the state might not be able to demonstrate that your conduct was public.

In other words, you must have had a reasonable belief that it was unlikely that another person would be present.

What Areas Are Considered Public?

While your home is private, other areas where you might have felt was not open to public view are considered to be public for purposes of this code section.

Was Another Person Present And Were They Offended?

If no one is around while you are exposing and/or sexually gratifying yourself or another willing partner, then no offense is committed.

Also, though it is possible that a third person may suddenly appear or be able to view your activity, the courts will only consider it a crime if another person was present who observed the lewd behavior and was offended by it.

Are You Aware of Another Persons Presence?

As noted above, if it appeared that you took steps to avoid other people observing you, then you could argue that you had a reasonable belief that it was unlikely that another person would be present. Your belief must have been a reasonable one.

For instance, gratifying yourself in a parked car on a city street in mid-afternoon exposes you to public viewing and it is unreasonable to allege that you intended your conduct to be solely private and could be charged as indecent exposure under penal code 314.

If you parked your car on an isolated street at 2 am and engaged in such conduct or if someone, suspecting you were engaging in lewd conduct, removed barriers so as to observe you, then this element is likely not proved.

All 5 elements of Lewd Conduct under PC 647 (a) must be proved beyond a reasonable doubt and any jury verdict must be unanimous. If your defense attorney can instill reasonable doubt in the mind of even one juror, or can offer reasonable explanations for your conduct that is not criminal, then at least one element of this offense cannot be sufficiently proved your case could be reduced or dismissed.

Sex crimes are a prevalent and controversial problem on both a national and an international scale. Modern sex crimes may involve a single or group of sexual offenders. The victim of sex crimes may experience a variety of grotesque and unwelcoming sexual acts; the most predominate sexual crimes in the western world include rape, sexual assault, child… 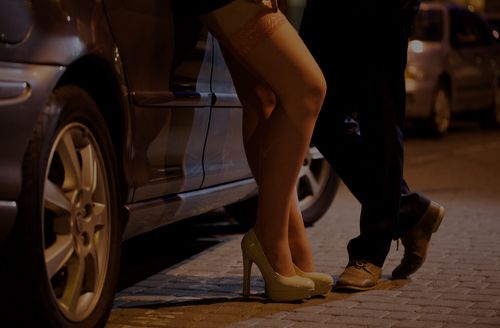 Find out about the best and worst case scenarios for resolution of a lewd conduct case.

California, like all other states, has a law requiring persons convicted of most sex crimes to register with the city or county in which they live. Officially called the California Sex Offender Registration law1 and found under Penal Code 290, it is also referred to as Megan’s Law. If you are on the registry, your name and…

In California it is illegal for an adult (age 18 or older) to have sex with a minor (under age 18) regardless of whether the sex was consensual under penal code 261.51 Elements Of Penal Code 261.5 Penal Code 261.5 is a “wobbler” offense, so that the prosecutor has discretion to charge the defendant with…