Guide To California Ketamine Laws (Including All Criminal)

Ketamine is an anesthetic that was also used as an anti-anxiety medication in the 1960s for American soldiers during the Vietnam conflict. 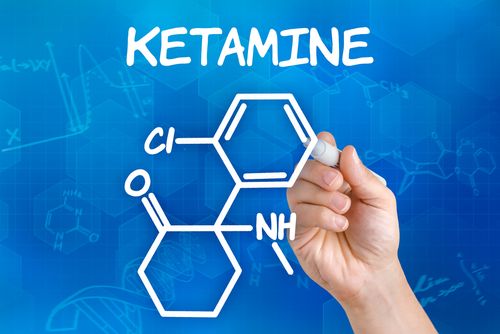 Ketamine produces a sensation of being outside your body and a calming and narcotic effect that has made it a favorite drug in clubs and certain groups wishing to experience a soothing or floating “high” coupled with hallucinations.

Among users, the drug is known as “Special K” or just “K.” In diluted form or when used under clinical supervision, studies have shown it to have some positive effect on clinical depression. Unfortunately, its effects are short-lived and prolonged use can lead to dependency.

It is now used primarily on animals undergoing surgery and occasionally for children before surgical events who seem to be not as affected as adults. It is also used in other countries as an anesthetic where medical monitoring may be absent since it does not affect breathing in most cases.

It is sometimes used as a “date rape” drug since it comes in a powder or liquid and may be surreptitiously dumped into a drink. Once taken, the unsuspecting individual’s judgment and coordination may become impaired for several hours.

Depending on the person taking the drug, it can induce depression and amnesia, making it an especially effective date rape drug. It also can raise blood pressure and impair breathing with fatal results if used in high doses.

Other side effects include shallow breathing, breaking out in hives, slow heart rate, burning while urinating and feeling like you will pass out.

Possession Of Ketamine or “Special K” 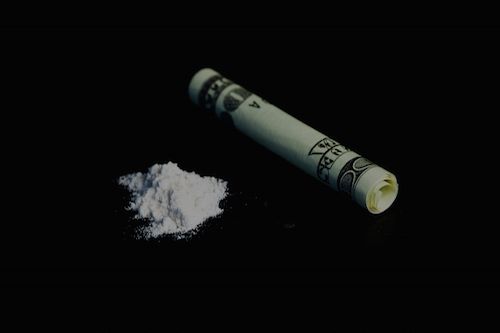 You can only possess Ketamine if you have a valid prescription1.

Since it is rarely prescribed for anyone outside of surgery, getting a valid prescription for this drug is not easy unless a psychiatrist prescribes it for short-term use for depression.

11377 HS is the California law banning possession of a controlled substance (unless you have a prescription). You are also in violation of this code section if you possess more of the drug than what your valid prescription allows.

A violation of 11377 HS is a misdemeanor with a maximum sentence of one year in county jail and a fine up to $1000. You are eligible for drug diversion, deferred judgment or drug court in many of these cases where you can have your conviction dismissed if you complete all conditions the court imposes on you.

Possession For Sale Of Ketamine 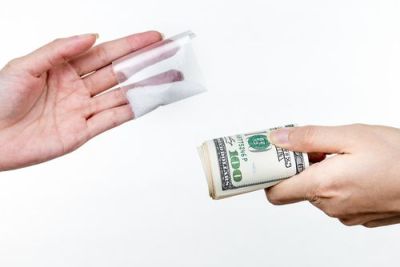 Sale of a controlled substance like Ketamine or possessing a sufficient quantity of it so that it is unlikely you possess it for your personal use only is barred under Health And Safety Code 11379.2 HS. Whether you possessed a certain quantity to qualify as possession with intent to sell may be subject to competing testimony from expert witnesses2.

A violation under this code is a “wobbler” offense so that the prosecutor may elect to charge you either with a misdemeanor or a felony. This largely depends on your criminal history and the quantity of the drugs you possessed, if you are a casual seller or have a large number of customers. Other circumstances of your arrest and situation may also affect this determination.

Like other drug violations involving sales or intent to sell, this offense is not subject to any diversionary program. 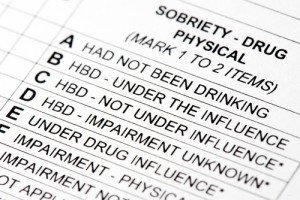 While a blood test may indicate the presence of Ketamine, you are not considered under its influence unless it has affected your judgment or coordination so as to impair your ability to operate a motor vehicle to an appreciable degree3. A peace officer who stopped you for a traffic or equipment violation may use his or her observations of your driving conduct and demeanor to suspect you are under the influence.

Observations leading an officer to suspect alcohol or drug use commonly include erratic driving, wearing within or from lane to lane, and drifting off the roadway, travelling well under the speed limit or well over it or being involved in a collision. Your performance on a field sobriety test can also lead the officer to suspect drug or alcohol use. If a PAS or preliminary alcohol screening test is negative or the officer suspects your alleged impairment is not due to alcohol, then the officer may request that you take a blood test.

Under California’s implied consent law, all motorists are required to submit to chemical testing of their blood if the officer has probable cause to believe you were under the influence while operating a motor vehicle. Your refusal can result in at least a one-year suspension of your driver’s license, use of your refusal at trial to implicate you and an enhanced sentence5.

You face felony DUID charges if this is your fourth DUI or DUID conviction in 10 years or if you caused an accident with serious bodily injuries or a fatality. If you had a child passenger who was 14 years of age or under, you face an enhanced sentence and a possible, separate felony charge of child endangerment, which carries up to 6 years in state prison.

A conviction under California Vehicel Code 23152(a) is not eligible for diversion.

Under What Conditions Is A Drug Test Required? 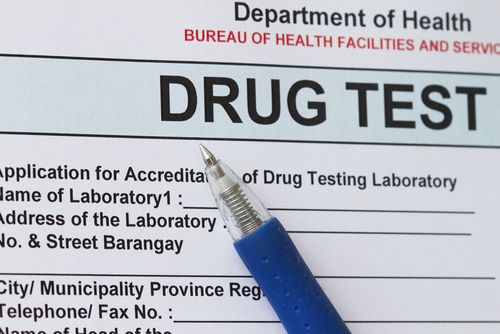 There are certain conditions under which you may be requested, or even forced, to submit to drug testing.  For instance, if you are involved in a fatal car accident, a police officer will ask you to submit to drug testing so long as there is probable cause to believe you were under the influence. However, law enforcement officers cannot force you to submit to a blood test unless you are suspected of committing a felony and the police obtain a warrant. There may be circumstances where a warrant is not required, or exigent circumstances, where there is no time to obtain one but a court will carefully scrutinize the situation to see if the failure to obtain a warrant and the manner in which you were tested was constitutional.

As with submitting to field sobriety testing, however, your refusal to submit to a blood or urine test if you are a minor or on probation can result in a probation violation and likely jail time or juvenile detention.

Since possession of a controlled substance like Ketamine is a non-violent offense, you may be eligible for any of California’s diversionary programs under Proposition 36 and Penal Code 1000 that offers deferred judgment or diversion. You may also qualify for participation in any of California’s drug courts.

You are not eligible if you possessed Ketamine for sale or were selling under 11379.2 HS. Other criteria include:

Proposition 36 is also a deferred judgment alternative available for those with violent or otherwise serious felony. You still, however, must meet the requirements outlined above6.

Proposition 36 was designed for defendants with a drug possession charge but who committed a violent or serious felony. You still plead guilty to the underlying charge and the court will defer further proceedings except that you are under formal probation and any conditions imposed. Completion of your treatment program along with adherence to all conditions does not guarantee the court will dismiss the charges but it is unlikely you will spend any time in jail or prison. If your charge was not dismissed and you did not serve any time in state prison, you may seek post-conviction relief by expungement which can be provided by an expungement attorney.

Some defenses that an experienced criminal defense attorney may use in these cases are as follows:

Possession of a Valid Prescription for Ketamine

Merely having a prescription for Ketamine may itself raise suspicions of its validity since it is rarely prescribed outside a hospital setting where its primary use is as an anesthetic for surgery. Still, it is possible that it was prescribed for anxiety or depression, though rare.

Lack of Intent to Sell

Unless an officer observed you selling Ketamine to someone or you sold it to the officer who was undercover, your only other defense is that the quantity you possessed was for your own personal use.  If no baggies, cash, scales or similar paraphernalia is found with you that are commonly associated with drug sales, then you might convince a court or jury that you only possessed it for personal use.

If so, you may be eligible for a diversionary disposition or at less severe sentence and an opportunity to have it expunged.

Lack of Proof of Being Under the Influence

To be convicted under Vehicle Code 23152(a) or vehicle code 23152(e), your blood will have to be tested by a blood or urine test. The officer who requests that you be tested, however, must have probable cause to believe you are under the influence such as your driving conduct and if you exhibited certain behavior associated with ingestion of a drug. Some officers are trained in using the horizontal gaze nystagmus test where they can suspect alcohol or drug use by your pupil’s jerking reaction when you look to the side. The officer who employs this test is not medically trained and its credibility can be challenged and negated by an experienced defense attorney.

The officer might also suspect use of a drug, whether it is Ketamine or some other drug, by your failure to adequately perform field sobriety tests such as counting backwards, walking a straight line, closing your eyes and touching your nose. The officer can also suspect drug use by observance of your speech or inability to understand instructions.

Other suspect behavior might include acting irrationally or erratically, be passed out or experiencing hallucinations. Absent a drug test, symptoms that mimic drug use are just as likely to be attributable to fatigue, dehydration or conditions of some other illness or condition unrelated to any drug use.

Also, no one, unless you are under probation, are a commercial driver or under the age of 21, is required to perform any field sobriety test or answer any questions other than producing your license, registration and insurance card. You will have to submit to a blood test, however, in most instances or risk losing your license along with other consequences.

Anyone who takes a sample of your blood must be a trained technician. The sample must be preserved and properly labeled, the equipment that was used properly maintained and serviced and the chain of custody followed. Any interruption in this process or breach of protocol in taking the sample or in preserving it can render it inadmissible in court.

You can seek post-conviction relief in most instances if you were convicted under Health and Safety Code 11377 and 11379.2. California law allows expungement of a conviction so long you did not serve time in state prison.

Reduce Your Felony to a Misdemeanor

If you were convicted of a felony under 1377 HS, you can seek to have it reduced to a misdemeanor since it is a wobbler offense, under PC 17(b), so long as you served no state prison time. Under Proposition 47, you can also move the court to reduce a felony drug possession conviction to a misdemeanor and be resentenced as such to county jail instead of state prison.

As indicated herein, if you were convicted under 11377 HS and your offense was not dismissed pursuant to a diversionary disposition, or you were convicted of a misdemeanor under Health and Safety Code 11379.2, then you qualify for an expungement of the conviction.

Guide To California Ketamine Laws (Including All Criminal) 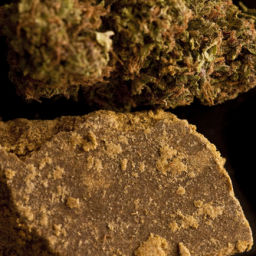 7 Things You Should Know About California “Hash Laws” 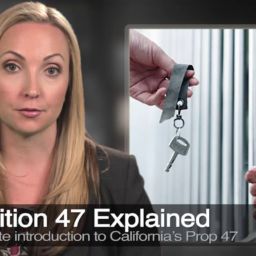 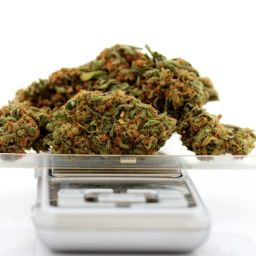