This type of case is often prosecuted when police find prescription drugs such as pain-killers in the hands of someone for whom the drug was not prescribed.

Watch this video to understand if you can have these charges dismissed.

How Does The Prosecutor Prove The Crime

In order to be convicted under 4060 BP, the DA must prove each element of this offense.

These consist of the following:

Can You Validly Possess Drugs/Narcotics Without A Medical License?

This code section also prohibits possession if you do not have a medical or pharmacy license or other particular certification allowing you to dispense narcotic medications.

What is Considered Possession?

You possess a certain item or drug when it is on your person or attached to you such as in a purse, backpack, or luggage that you are carrying.

You are in constructive possession or have control over the object or drug if the purse, backpack or luggage was yours though it was not in your immediate presence or attached to you.

What If The Drug Was Found During A Search?

If the drug was found during a valid search, it must have been in an area under your exclusive control such as your person, car, or dresser drawer.

If You Ingest A Drug Can You Be Charged With Possession?

If you ingested the drug and exhibit or you showed signs that you are under its influence, you can be convicted of having possessed it illegally so long as you had no valid prescription.

What If You Were Not Aware Of The Drugs Presence?

Police may find a drug on your person or in your possession but the DA still has to prove you were aware of its presence and knew or should have known that it was a controlled substance.

If You Have A Prior Record Will That Hurt Your Case?

Having a prior record of possession of this or even another controlled substance will make it more likely you were aware of the nature of the drug.

What If There Was Only A Small Amount Of The Drug?

As with any illegal drug, you must have possessed at least enough of it that it could be used as a drug even if it may not be enough to produce a narcotic effect.

For instance, a prescribed drug like hydrocodone or oxycodone that is identified as such must be in a sufficient amount.

Traces or residue of it is insufficient unless you had ingested it and were exhibiting signs of being under its influence.

There are a number of potential legal defenses that could be used when charged with 4060 BP.

You Only Possessed The Drug Temporarily

If you possessed the drug only for the purpose of turning it over to law enforcement or to dispose of it, then you have a valid defense.

What If I Get Rid Of The Medication As Police Arrive At My House?

This does not apply if the police show up at your apartment or home and you are caught trying to flush it down the toilet or were scattering it in the backyard.

You Did Not Know The Medication Was There

If you can show that the jacket, purse or luggage of yours was out of your control or possession and in someone else’s possession for a time, then you might be able to convince the trier of fact that you had no knowledge of or were unaware the drug found in it was in your possession.

Also, identifying a drug like oxycodone, hydrocodone or a Quaalude may not be possible to a layperson unless it is clearly marked as such.

The DA might still be able to demonstrate knowledge if you have a prior record for possession or sale of such drugs or if you were fleeing police or refused drug testing.

What If The Medication Was Thrown Away?

You may also have abandoned the drug days earlier but someone identified you as having had possession at some point.

If you are arrested, you can argue you lacked possession or control of the drug on the day you were arrested.

The Police Searched And Seized The Drug Illegally.

Police overstep their authority or the law at times when arresting and/or searching persons they suspect of having committed a crime. You must be legally detained and only subject to a limited search under certain circumstances.

Watch this video on the proper way to refuse police searches of your vehicle. 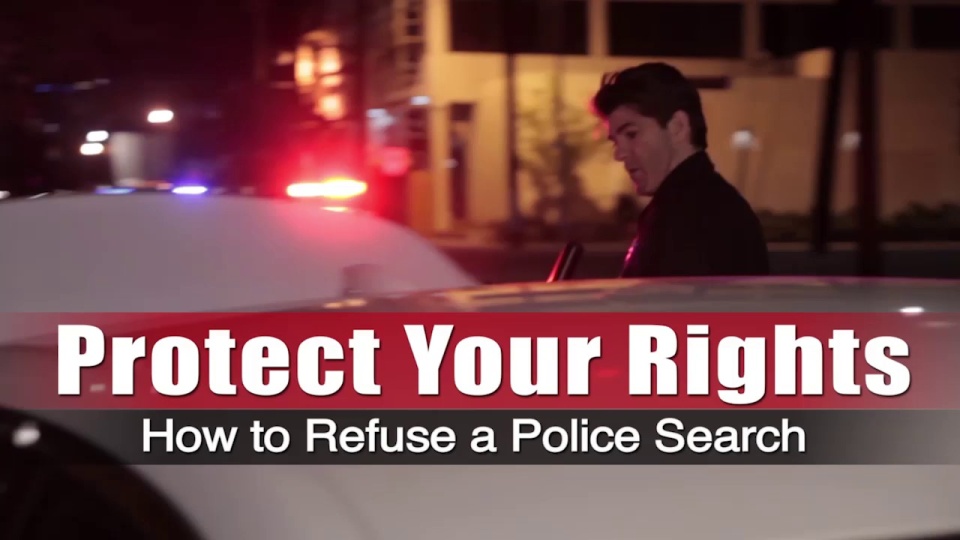 If you are stopped for a traffic violation, your car may not be searched unless officers have probable cause to believe you are carrying controlled substances in your car.

If you are validly arrested, you can be searched incident to your arrest but only of your person and the immediate area.

Otherwise, your car, home or business may not be searched absent a search warrant that is supported by an affidavit indicating probable cause.

What Is In The Search Warrant?

Search warrants limit the extent, time and scope of the search.

If officers are looking for financial documents, for example, rummaging through your laundry or even your sock drawer likely exceeds the scope of the warrant.

If the officer who drafted the affidavit and signed it fabricated facts to obtain the warrant, any evidence seized will be deemed inadmissible.

A violation of Business and Professions Code 4060 is a misdemeanor carrying up to one year in county jail and/or a fine up to $1,000.

It is charged as a felony if you have a criminal history of violent felonies or sex offenses against a minor 14 years of age or younger, or are a registered sex offender.

Is It Possible To Avoid Jail?

Drug diversion or pretrial diversion is possible for certain drug possession crimes if you are deemed eligible under Penal Code 1000 and/or Proposition 36.

You are not eligible if you possessed the drugs for sale or were engaged in a violent act accompanying the offense.

How Can I Be Eligible For The Diversion?

You must have possessed the controlled substances for your own personal use and you were not involved in any sexual or violent behavior.

How Does The Process Work For The Diversion In Court?

Under PC 1000, you will enter a plea of guilty but the judge will defer imposition of sentence and all other proceedings for at least 18 months to 3 years while you participate in and complete an approved drug treatment program of at least 20 hours.

During the course of your treatment and deferred period, you will be periodically assessed and a progress report submitted to the court.

If you are successful in completing the treatment and commit no further offenses and pass any drug test, the court will dismiss the charges.

Proposition 36 is also a deferred judgment alternative available for those with violent or otherwise serious felony convictions though its effect can be dissimilar from PC 1000. You still, however, must not have met any of the non-qualifying criteria listed above.

You still must plead guilty to the underlying charge and the court will defer further proceedings except that you are under formal probation and any conditions that it entails. Even if you satisfy all conditions, the court may still decide to not dismiss the charges though you will likely not spend any time in jail or prison.

Another program is participation in any of California’s over 200 drug courts2.

Your eligibility is similar to that for pretrial diversion. The counties where the drug courts operate may have their own unique programs for adults or those adults under 25, for example, where specific programs are delineated for your participation and where you are required to spend a certain time participating in these programs.

This may include intensive counseling, attendance in school, maintaining employment, meeting with your probation officer on a regular basis, and submitting to random drug testing. Upon completion, your charges are dismissed.

Are Convictions Of 4060 BP Eligible For Expungement?

Post-conviction relief by way of an expungement is available in most cases for a conviction under Business and Professions Code 4060.

A felony conviction under this section, however, does result in state prison time, which disqualifies you for expungement.

As indicated herein, if you were convicted of a misdemeanor under Business and Professions Code 4060, you are eligible to have it expunged.

If you are convicted of a felony, though, your attorney may be able to convince the court to sentence you to county jail if possible in the event you are sentenced to be incarcerated.

Otherwise, your felony is not eligible for expungement though there are post-conviction relief remedies that you may pursue.

It is illegal to obtain narcotics or a controlled substance by fraud, misrepresentation or deceit. An example is pretending to be a health care provider and calling a pharmacy to issue a prescription. This is also the “doctor shopping” code section whereby an individual attempts to obtain multiple prescriptions from different physicians for the same drug.

Although it does have medical uses for animals, PCP (its scientific designation is phencyclidine) is a drug that is not prescribed for humans. Consequently, possession of PCP is always a criminal violation. Overview of PCP PCP is also known as “angel dust,” a particularly potent narcotic that is categorized as a Schedule II controlled substance1….

Learn about Prop 47 and how sentencing changed in California for certain crimes.

Definition of Vehicle Code 23222(b) VC California Vehicle Code Section 23222(b) prohibits possessing marijuana while driving.  This is a separate offense than simple Possession of Marijuana under California’s Health & Safety Code Section 11357(b). Example: You are pulled over because you are driving in an erratic manner.  After conducting a search of your car, the cop finds…

Ecstasy is a Schedule I narcotic under the federal Controlled Substances Act. Overview of MDMA The scientific name for Ecstasy is 3, 4 methylenedioxymethamphetamine or MDMA. It has other various street names including “Molly,” “X,” “E,” and “XTC.” It was originally developed as anti-coagulant and later prescribed, though not FDA approved, for treating PTSD. It was not…