In this post, I am going to show you exactly which mistakes police officers can make when instituting a DUI checkpoint. 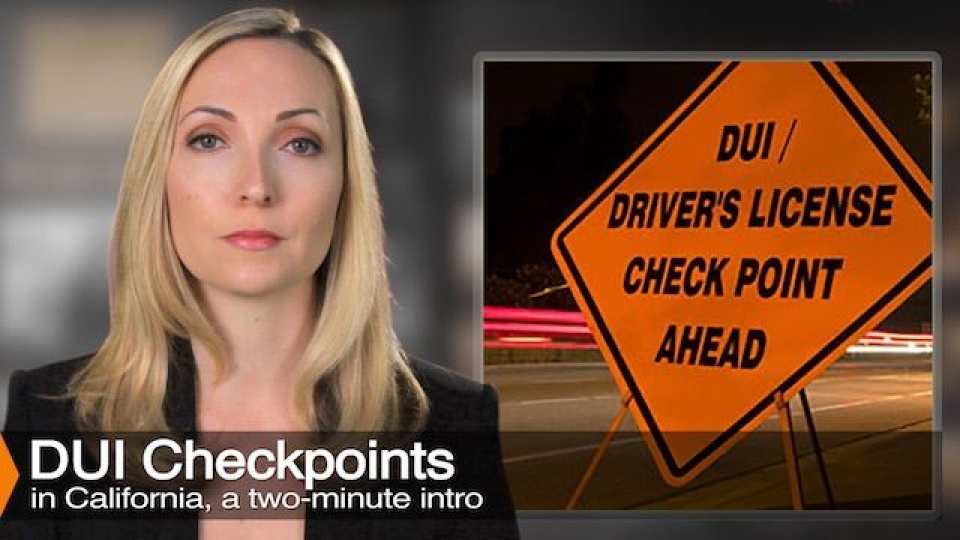 Are DUI Checkpoints Legal in California?

Yes, under state law, police departments are permitted to set up roadblocks where police officers may detain motorists for a short time to determine if they are driving while impaired1.

Note: Police officers do not need probable cause to stop you at a checkpoint.

Are There Checkpoint Guidelines That Must Be Followed?

There are numerous guidelines that police departments are required to follow or a defendant arrested at a checkpoint may successfully challenge his or her arrest.

Examples Of Guidelines Include:

Let’s take a look at the details of the police requirements and then how we can challenge any police failures to follow proper protocol.

8 Factors Used In Determining The Legality Of A DUI Checkpoint

A Supervising Officer Must Make All Constitutional Decisions

Why Is This Done?

This is to prevent unconstitutional profiling that would single out persons on the basis of race or national origin or other particular traits for detaining and questioning and to reduce the potential for arbitrary and capricious enforcement2.

Motorists Must Be Stopped On An Impartial Basis

A decision as to which vehicles are to be stopped is to be made by the administrative officer before the checkpoint is established on-site.

For example, the officers may be directed to stop 5 consecutive vehicles, let 2 proceed, and then stop the next 5 cars.

It may not be at the discretion of any field officer.

The Location Must Be Reasonable

The checkpoint must be in an area where there have been a high incidence of DUI arrests or alcohol-related accidents so that the checkpoint can be more effective in stopping impaired drivers.

There Must Be Safety Precautions

Another requirement is to implement safety precautions so that motorists can safely stop and navigate to and through the checkpoint in an area that can safely accommodate the checkpoint and the flow of traffic.

For example, there should be adequate lighting and the checkpoint set up at a time and place where the volume of cars passing through is manageable.

The Time And Duration Must Be Reasonable

There is no time limit on how long a checkpoint can be operational. It is permissible for one to last an entire weekend so long as the burden on motorists is not substantial.

Those supervisors or administrators tasked with setting up the checkpoint should ensure that the time of day when the checkpoint will be in operation and its duration are reasonable so as to cause only minimal inconvenience to motorists.

For instance, a checkpoint on a busy stretch of the roadway during rush hour is probably unreasonable.

There Must Be Signage For The Checkpoint

Officers can also have flashing lights on several vehicles along with a number of marked police cars leading to the stopping point.

This gives drivers time to see that they are approaching an official area where they may be asked to stop and minimizes a feeling of fear that could lead to motorists suddenly and unsafely attempting to avoid the checkpoint.

Is It Illegal To Turn Around At A DUI Checkpoint?

No, you may legally turn around to avoid a checkpoint so long as you do so safely and without violating any traffic laws.

For example, if you make an illegal or unsafe U-turn, you will likely be stopped and cited.

If you do turn around at a checkpoint and do so safely and legally but are stopped nonetheless, your defense attorney can assert that the officer had no probable cause to stop and detain you.

Drivers Should Be Detained For The Shortest Time Possible

An essential component of a DUI Checkpoint is to detain drivers for the shortest time possible so as to lessen the intrusive nature of the operation3.

Officers are trained to quickly recognize signs of impairment that can include:

Generally, an officer will ask a few questions of the motorist and observe his/her appearance and demeanor within a minute or so of the stop.

If no signs of impairment or intoxication are immediately noted, the motorist should be allowed to leave.

If these or other signs of possible impairment are observed, then the officer may further detain the motorist so long as the officer reasonably suspects impairment.

If signs of impairment are observed than the officer may ask for the following:

Do You Have To Stop At A DUI Checkpoint In California?

Yes, you do have to stop since brief detention at these checkpoints is not considered a “seizure” under the U.S. Constitution but an administrative inspection.

Can A Driver Refuse To Cooperate?

You may politely refuse to answer any questions by police such as whether you have been drinking, whether you were at a bar or restaurant, or any other question.

You can also refuse to undergo any field or roadside sobriety tests that you are asked to perform.

Watch this video to see how and why you should refuse field sobriety tests. 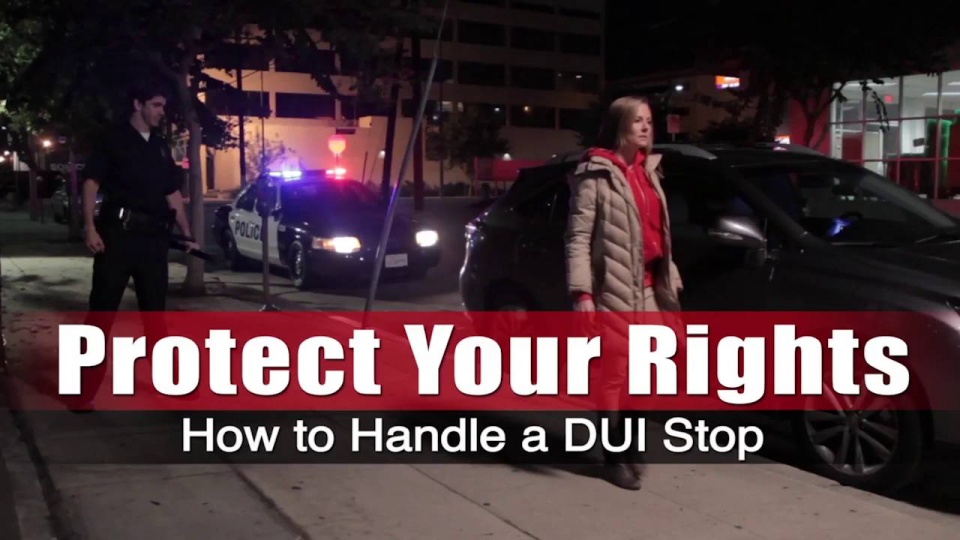 Am I Required To Take A Chemical Test At A Checkpoint?

Under California’s implied consent law, you are legally obligated to undergo a chemical test of your breath or blood so long as the officer had probable cause to arrest you and to make the request and give you the required admonitions about the test.

If you refuse chemical testing and probable cause is found, you face significant civil penalties such as loss of your driver’s license for at least one year and certain criminal consequences.

What Happens If You Do Not Have A License At The Checkpoint?

If you merely forgot your license and it is valid, you can give the officer your license number if you can recall it and after checking it, the officer may allow you to proceed provided you show no signs of impairment.

However, you can be ticketed for an infraction for not having your license with you but you will be required to produce it to a court clerk or in traffic court and have the matter dismissed.

If you do not have a valid driver’s license, you can be arrested pursuant to California vehicle code 12500 vc and face a fine of up to $1,000.

Can Your Car Be Impounded If You Do Not Have A License At A Checkpoint?

Yes, but only if you were driving on a suspended license.

However, you can contact a validly licensed individual to retrieve the vehicle from the checkpoint to avoid impoundment.

If it is impounded, it can be kept for 30-days and costs can exceed $1,500. If the fee is not paid, it is subject to being sold at auction.

Note: California Assembly Bill 353, which is currently California Vehicle Code 2814.2 does not allow officers to impound your car if your only offense at the DUI checkpoint was not having a valid license.

The Checkpoint Must Be Advertised In Advance

Any DUI checkpoint must be advertised to the public in advance. Notice is generally reasonable if given one week in advance4.

The purpose of the notice is to deter drivers from drinking and driving in these areas, which are generally locations where high incidences of DUI arrests or alcohol-related accidents have occurred, and to put motorists on notice that their liberty or privacy could be violated if only for a minimal time.

Where is the Checkpoint Notice Found?

Notice of the checkpoint including the date and time can be found on law enforcement websites, television and radio news stations, and in your local newspaper or town website.

Challenges To A DUI Checkpoint

The first step in potentially challenging a DUI checkpoint stop is obtaining the police packet that law enforcement agencies are required to maintain when they implement a DUI checkpoint.

The packet is acquired from the prosecutor as part of the discovery process and inside that packet is the detailed information on the steps taken by law enforcement before and during the checkpoint.

Not all of the 8 guidelines are considered equal; indeed, some are more equal than others.

For example, there is no standard for where to post warning signs about the approaching checkpoint or that a certain number of marked police vehicles be present with lights flashing.

So long as it appears reasonable, then a court will likely not invalidate your arrest on this basis alone.

What Are Some Of The Credible Challenges That Can Be Made To A DUI Checkpoint?

A credible challenge may be mounted if there is evidence that you were stopped at random and not pursuant to a pre-arranged or neutral method outlined by a supervisor regarding which vehicles will be stopped.

If the method becomes too burdensome, there must also be in place an alternate routine.

Should your DUI defense attorney demonstrate that officers in the field decided on their own to use their own method of stopping cars that did not comply with the pre-determined one, then you may have a successful challenge.

Other Issues That Can Be Raised In A DUI Checkpoint

Challenging a DUI Checkpoint stop can be complex and requires that your defense attorney have the knowledge and experience in mounting a successful defense based on the lack of adequate safeguards in how the operation was set up and the methods used to detain and arrest those suspected of DUI.

If you received a DUI in California with an out of state license then there are certain important things you need to know about what happens next. Overview Of DUI in California California has some of the country’s strictest driving under the influence (DUI) laws and they are applied equally to both in state and out…

The court process for a misdemeanor DUI may include the following 3 stages: Watch this video to learn what happens at each stage of the process. By clicking on the links below you can skip to the section your most interested in reading. Stage 1 in The Misdemeanor DUI Court Process Is Arraignment The first court appearance…

In this post, I will explain California’s laws against driving under the influence while operating a boat. Definition Of Boating Under The Influence Of Alcohol Under California Harbors & Navigation Code 655, it is unlawful to operate a recreational boat while under the influence of alcohol or drugs1, or to have a blood alcohol concentration level…

In this post, I will explain exactly how you should handle a DUI stop by law enforcement in California. In fact, This is the same advice I give to family and friends when they ask me how they should handle this situation. Lets get started… DUI Stop Overview It can happen to anyone.  You’ve had…