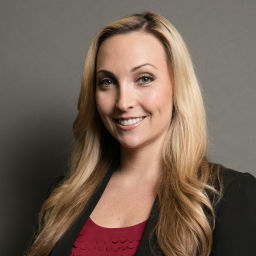 The common misconception that an undercover officer must identify himself is often played out in movies involving a big undercover sting, or in simple encounters like our video highlights.  A common undercover operation involves prostitution stings where the police pose as customers and then arrest prostitutes as soon as there is talk of sex.  The prostitute goes to court and claims that the officer never identified himself and therefore she cannot be guilty.  Unfortunately even if asked directly, an officer is under no legal obligation to blow their cover.

Courts have repeatedly upheld that police officers are under no obligation to identify that they are police officers even if you ask them.  If you find yourself in a situation like the video, you should assume the person you are dealing with is an officer.  Even if you ask if they are an officer, be aware that the answer you are getting may not be true.

Law enforcement officers often lie in order to make an arrest in undercover operations. Police can, will, and often do lie, especially if it helps them make arrests. Like the video illustrates, the obvious example of this is when undercover officers claim not to be police.

The supreme court in Frazier v. Cupp, 394 U.S. 731, 1969 upheld that police could lie during an investigation as long as it does not shock the conscience of the court or community. The case involved the interrogation of a homicide suspect who was told during the course of the investigation that an accomplice had pointed the finger at the suspect causing the suspect to confess. In fact, the police had been lying to the suspect in order to trick him in to confessing. Since this landmark ruling courts have continued to uphold investigations where police officers lied to suspects.

The rules regarding entrapment are usually in favor of law-enforcement, so police won’t hesitate to trick you into incriminating yourself or others. The best defense against manipulative police tactics is to avoid saying anything or doing anything if you suspect someone is an undercover officer, and without first speaking with an attorney.

Defending Women’s Rights in America and Around the World 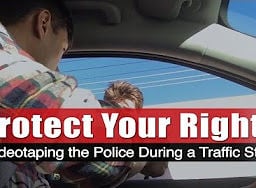 Videotaping Police During a Traffic Stop
Can The Police Force Me To Give A DNA Sample If I Am Arrested? 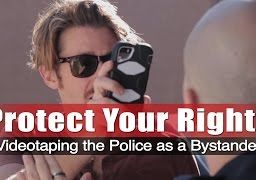 5 Rules For Videotaping The Police