A charge of driving under the influence can involve alcohol, drugs or both.

California Vehicle Code 23152(f) makes it a crime to drive under the influence of drugs.

Driving under the influence of drugs occurs when the drugs impair the driver to the point that he/she can no longer drive like a sober driver under similar circumstances.

If you drive under the influence of any drug, whether prescription or illegal, you subject yourself to prosecution for DUI. 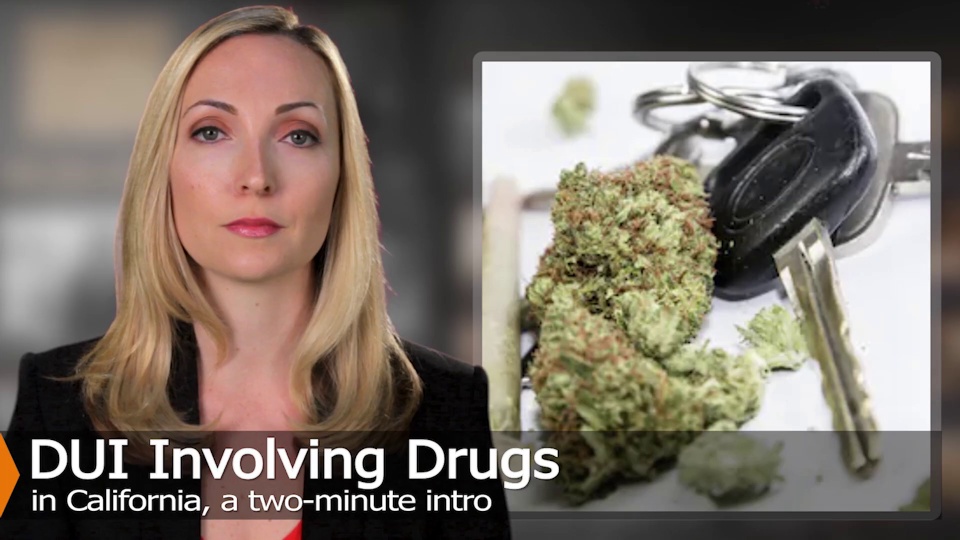 Difference Between DUI Alcohol & Driving Under The Influence Of Drugs

How Is A Drug DUI Investigated?

A drug DUI investigation involves the use of a drug recognition expert (“DRE”).

A DRE is a police officer trained to recognize impairment in drivers under the influence of drugs other than, or in addition to, alcohol1.

Studies have demonstrated that a properly trained DRE can successfully identify drug impairment and accurately determine the category of drugs causing such impairment.

How Does A DRE Test For Drugs?

Pursuant to his/her training, a DRE has several tests that can be given to investigate the presence of drugs.

The DRE will look at your behavior and appearance.

He/she will conduct a preliminary examination to ascertain whether you are suffering from an injury or condition unrelated to drugs.

The DRE will also perform the horizontal gaze nystagmus (HGN) test to look at the condition of your eyes.

The DRE will have you perform psychophysical tests that are like the field sobriety tests. He/she may take your vital signs and take several pulse readings2.

After completing the evaluation, the DRE normally requests a urine, blood and/or saliva sample from the subject for a toxicology lab analysis.

Does A DRE Prefer Blood, Urine or Saliva?

Blood is preferred by law enforcement agencies since it is considered to be the most accurate.

The DRE protocol is a compilation of tests that physicians have used for decades to identify and assess alcohol- and/or drug-induced impairment.

Can You Get A DUI For Taking Prescription Drugs?

Yes.  The prosecutor may file DUI charges if you drive under the influence of any drug that impairs your ability to operate a motor vehicle with the caution or care of a sober person under similar circumstances3.

This means that even if you are taking a valid prescription drug, and the drug impairs you mentally or physically for the purposes of driving, the prosecutor may file a DUI if you are arrested.

Can DUI Drugs Be A Felony?

It can be under certain circumstances including the following:

In determining a sentence a judge will look at the circumstances of a case including any aggravating factors that may enhance the penalty.

Let’s take a look at a few of these enhancements in depth.

If you are arrested for DUI and the prosecution alleges that you were on drugs, you will be charged with only the driving under the influence charge.

However, if you refused to take the blood or urine test after you were arrested, the prosecution will allege a sentencing enhancement that you refused a required test.

What Are The Consequences For Refusing A Chemical Test?

The DMV will suspend your license for one year without the ability to obtain a restricted license if you lose your DMV hearing.

Having A Child In The Car

Having a child in your vehicle when driving under the influence of drugs or alcohol is an aggravating factor that will increase your punishment.

Having a child in the car also can result in a charge of child endangerment.

What Is The Penalty For Child Endangerment?

Child endangerment is punishable by imprisonment in a county jail not exceeding one year, or in the state prison for two, four, or six years.

Any probation offer from a prosecutor must include:

Yes.  It is illegal to drive under the influence of ANY drug (even legal ones.)

This means that if the prosecutor can prove that you are impaired for the purposes of driving (high), and that you drove under the influence, you will be charged with DUI even if no alcohol was involved.

Yes.  Benzodiazepines is a class of drugs that impairs your ability to operate a motor vehicle.  There is a warning label on the prescription bottle that indicates that the drug can cause impairment and should not be taken if the patient plans to drive.

Because benzo’s like Xanax causes impairment, the prosecutor can charge you with a DUI if you are arrested after driving under the influence of xanax or other benzodiazepines (even if you have a valid prescription.)

Resources On DUI & Information On The Court Room Process

Information On The Court Room Process

For those facing DUI charges for drugs, your DUI defense attorney may use any of the following eight defenses to get your DUI charges reduced or dismissed. Lack Of Probable Cause To Stop Your Vehicle Before a police officer can stop your vehicle, he or she must have reasonable suspicion or probable cause to do so. What is…

In this post, I am going to explain Vehicle Code 23152(g) which is driving under the combined influence of both alcohol and drugs. Let’s get started… Anyone who drives with a blood alcohol concentration (BAC) of 0.08% or higher will be charged with a DUI under California law1. You can also be charged with a DUI…

In this post, I will explain (9) things you should know about California’s Marijuana DUI Laws. Let’s get started… But first, watch this video to get an in-depth understanding of how Marijuana DUI is prosecuted. Overview of Marijuana Laws Marijuana is a controlled substance and is legal to possess in California beginning January 1st, 2018 after the…