If you have a criminal record, you face numerous obstacles in finding suitable employment, leasing an apartment, attending school or university, and obtaining a professional license.

But under certain conditions, records of a criminal arrest and conviction can be expunged. 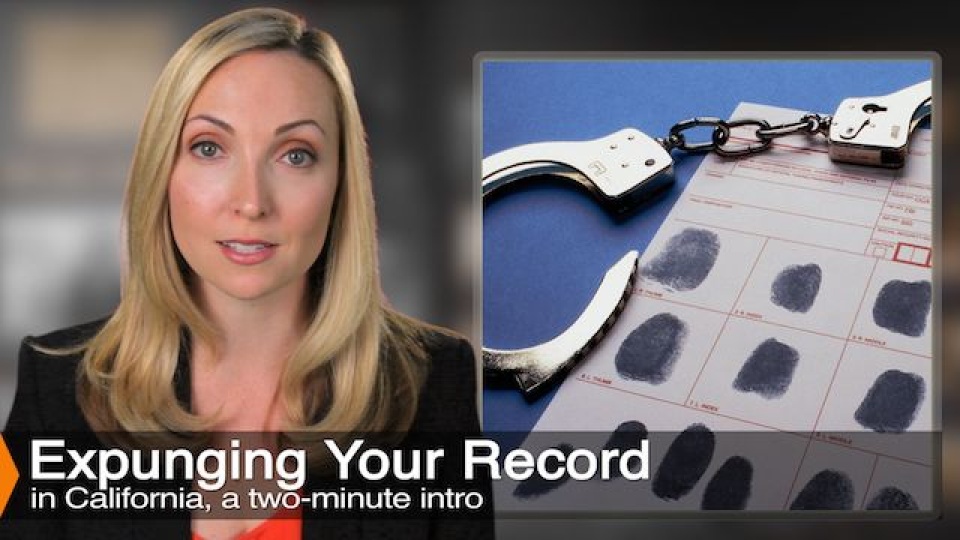 What Is An Expungement?

An expungement is a court order that dismisses your conviction and erases it from your public record1.

An expungement means that records of your conviction are not publicly accessible so that employers, potential employers, landlords, and any other member of the general public cannot view these records.

It also means that you can state under oath that you have never been convicted of the crime and not fear being charged with perjury.

What An Expungement Can Not Do

While your record of the conviction is no longer publicly accessible, an expungement does not mean that these records have been destroyed, nor does it mean that you need not disclose the expunged conviction in all instances where you are asked about it.

For example, you will have to disclose the expunged conviction if applying for any type of public employment or for military service. Police departments will not hire any applicant with an expunged felony conviction, for instance..

Also, if you are subsequently arrested and charged with a crime, the courts and prosecution will be able to access your expunged records and use it to enhance your offense or sentence if you are convicted.

Still, getting your record expunged is essential to getting your life back on track and to enjoying a normal life. The benefits of expungement include:

Your eligibility to apply for and receive a record expungement depends on the following circumstances in your case:

If you did violate your probation, then you will have to explain how an expungement will benefit you and your family situation. The court will look at the nature of your violation, how long you were on probation and your overall criminal record.

Effect Of An Expungement

The effect of an expungement includes:

Requirements For Disclosing Your Conviction

You will have to disclose your conviction as well as the expungement under certain circumstances:

An expungement does not totally erase your record. Should you commit a subsequent offense, the court can use your prior conviction to increase your sentence and to extend the time of your license suspension if you commit a DUI.

Further, your right to own or possess firearms is not restored.

Steps To Receive An Expungement

To receive an expungement, you or your attorney will do the following:

Once the court orders the expungement or dismissal, an order is sent to various criminal databases to delete your record.

The Aizman Law Firm has a 100% success rate with regard to expungements that are required to be granted by law. T

his includes arguing on our clients behalf when judges have wrongly denied these motions and we have had them reversed.

Our goal is to make sure that the law is upheld and our clients receive the relief that the legislature has set forth for them.