4 Things You Should Know About Violating a Protective Order

Violating a criminal protective order, sometimes called a “restraining order,” amounts to contempt of court and is a criminal offense under California Penal Code 166(a)(4).

Protective orders and restraining orders are issued by different courts and its important to understand their differences.

Watch this video to understand:

A violation of a civil restraining order is prosecuted under penal code 273.6 and is still a crime even though the order was issued in civil court.

The Elements The Prosecutor Must Prove

In order to convict a defendant of violating a protective order, the prosecutor must prove:

Defenses To Charges Of Violating A Protective Order

Fortunately, there are several effective defenses to charges of violating a protective order:

You Lacked Knowledge Of The Protective Order

If the defendant did not know that there was a protective order in place, then he cannot knowingly violate the order. 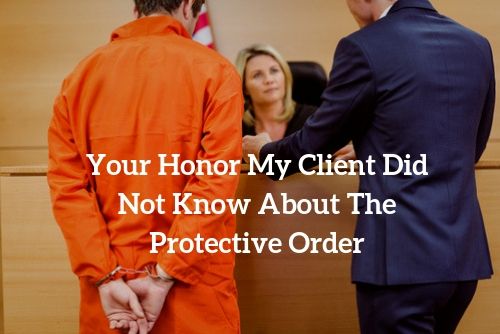 If a judge issued an emergency protective order without holding a hearing, the defendant would not know that the order had been issued unless someone, usually a police officer, informed him of the order and served him with a copy.

If the police officer failed to provide the defendant with proper notice of the order, then the defendant cannot be convicted of violating the order.

You Lacked The Intention To Violate 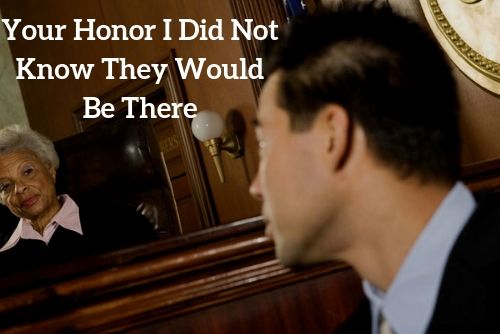 Example Of Lacking The Intention To Violate

If the defendant was ordered to stay 100 feet away from his wife, but the defendant accidentally crossed paths with his wife in an unexpected location such as at a gas station.

What If The Meeting Was Intentional?

If the defendant intentionally went to see his wife in violation of the order, knowing that he would see her, the prosecutor can prove the necessary intent. 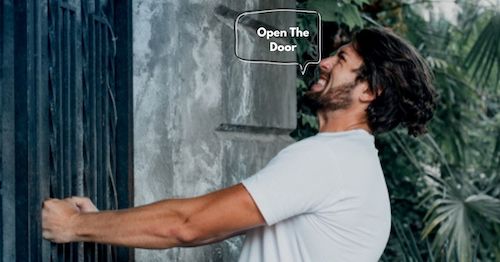 This is true even if the victim asked the defendant to meet them.  The victim’s invitation to meet is not a defense to violating a protective order.

You Were Falsely Accused

Another available defense is a false accusation. 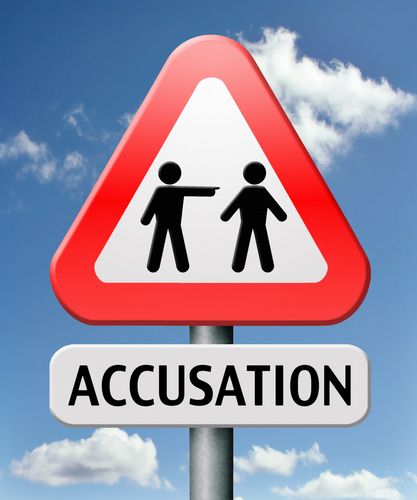 In some cases, a defendant can show that the alleged victim was simply lying when she reported that the defendant contacted her in violation of the protective order.

In the absence of corroborating evidence, the case may be reduced to he said/she said situation in which the prosecutor may have a difficult time carrying their burden of proving the case beyond a reasonable doubt.

Penalties For Violating A Protective Order

A misdemeanor offense carries a penalty of up to one year in county jail, probation, fines of up to $1000.

The crime can be charged as a felony under certain circumstances, depending on whether the defendant has previously been convicted of violating a protective order and whether the alleged violation resulted in any injuries to the victim.

Penalty For Felony Violation of a Protective Order:

The penalties can be even more severe, including time in state prison, and fines of up to $10,000.

Information On The Criminal Court Process

How We Can Help

As a former prosecutor, Diana Weiss Aizman of the Aizman Law Firm has extensive experience and unique insight into the defense of charges of protective order violations.

Contact the Aizman Law Firm right away at 818-351-9555 for a free confidential consultation if you are charged with violating a protective order under PC 166(a)(4).

4 Things You Should Know About Violating a Protective Order

If there is a criminal protective order and the person being restrained emails the protective party a message that they were going to call the persons job and get them fired, is it a violation even though there is peacefull communication allowed regarding children?

The mere sending of an email from the restrained party to the protected party after the issuance of the order is a violation of that order.

If the protected party comes to see the restrained at there place of residency is that counted as a violation of said protection order??!

What about filing a TRO response . Through the court clerk who then tells you have to mail it to all parties involved and the Response is filed and stamped and you send it certified mail ? Case was even dismissed . What are the chances of it being prosecuted for a violation ?

It depends on whether it was properly served.

You are not permitted to have any communication with the protected party, even through a third party. The best way to handle the situation is to have an attorney or the Sheriff assist you in obtaining the vehicle.

I wonder if you can answer this for me please. I have a protection order against someone, he recently got out of prison but hes now sending me money orders in the mail. I do not want them, i do not want contacted from him. Nothing else is in the letter but the check, would he be violating his order by sending me these checks in the mail?
Thank you so much!

Highly likely. Unless there is a provision in the order indicating otherwise, he is not permitted to have any contact with you at all. This includes sending you money orders in the mail. You may report this to the prosecutor in the case to determine how they intend to enforce the protective order.

Depending on how the order is written, yes. Usually, you are able to communicate through the attorney of record only.

Say someone I filed a restraining order against lied about having a weapon. What do I do? And what would the outcome be if they were able to prove they lied?

I have a family member that was released from jail two months ago for domestic violence , he was released and had three years probation as well as domestic violence classes and a court ordered restraining order , last night him and his gf (victim) were pulled over and the cops ran both their ID’s and noticed that they weren’t supposed to be together so he took my brother in , he awaits his court hearing tomorrow . They got back together as a mutual agreement . Is there anyway he could prove this ? Or is he forsure going to be sent to county ? For violation of code 166A

I was assaulted by the mother of my children. She recieved felony charges, then has her boyfriend message me.
He’s sent unsolicited sexual pictures, insulted me.
The police say she has to talk to me or that she has to talk to my family and have them contact me.

She contacted my fiance and told her a lot about who I use to be along with some lies.

Idk what to do,
The police kinda take her side more less on most things.

On top of this I’ve been alienated from my son’s.