How A Bill Becomes A Law 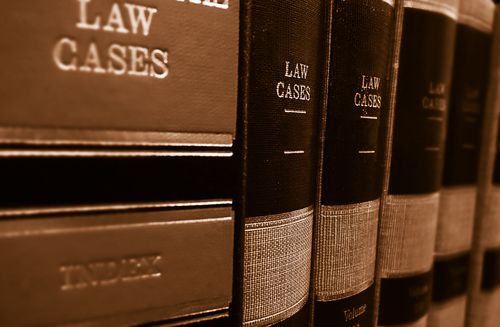 Laws are an important part of society, setting rules that help to guarantee our rights, determine what is or isn’t a crime, and determine how our tax dollars will be spent. Before a new idea can become law, it must be approved by the United States Congress. This is why members of Congress are often referred to as lawmakers. Congress consists of two chambers: the House of Representatives and the Senate. A bill must go through a series of steps to be approved by the federal government and become a law.

The first step in the process of creating a law is for an initial bill to be proposed in Congress. A bill may be proposed by any member of Congress, but the process is different based on if the bill is introduced in the House of Representatives or in the Senate. If the bill is proposed in the House of Representatives, it is given to the clerk, who will assign a number to the bill. This helps members of Congress keep track of all of the bills that are being discussed. In the Senate, a bill may be introduced by giving it to the presiding officer or by introducing it directly on the Senate floor.

Once a bill has been introduced in Congress, it is then typically sent to a committee for review. Committees are small groups made up of members of Congress. These small groups focus on one subject, like education, trade, or energy, and they make sure that bills are properly reviewed. Both the House and Senate have their own committees to help review bills during the lawmaking process.

After a bill has been reviewed by a committee, the committee can send it to the floor for debate. At this point in the process, members of Congress may propose adding amendments, or changes, to the bill. While the House of Representatives has strict rules on debate, the Senate does not. Senators may choose to extend the debate by speaking for a long time in an effort to block a vote on the bill. This is called a filibuster.

After the debate has finished, the bill will come to a vote by all members of the chamber. In the House of Representatives, a majority vote is required to pass a bill. However, in the Senate, 60 of the 100 members must vote yes. The 60-vote rule in the Senate is designed to ensure that all bills have at least some support from both parties.

Once a bill has passed one chamber of Congress, it must then be sent to the other. For a bill to become law, it must be approved by both chambers. When a House bill is sent to the Senate or a Senate bill is sent to the House, the new chamber often amends the bill so enough people will support it for it to pass in that chamber. Conference committees are formed to work out the differences in the two versions of the bill until the two chambers can agree on a final version.

Step 7: The Creation of a Law

Once a bill has passed through all of the legislative steps in Congress and been approved by the president, the Office of the Federal Register assigns a number to the new law and publishes it for everyone to read and follow.

How A Bill Becomes A Law