In this post, I will explain everything you need to know about century regional detention facility if you or a loved one is being housed in this facility.

Since 2006, all Los Angeles County female inmates are housed at the Century Regional Detention (CRDF), also known as the Lynwood Jail or the Los Angeles Jail for Women.

The facility detains female inmates awaiting arraignment or trial or who are unable to post bail while their cases wind their way through the courts.

How Many Inmates are at CRDF?

CRDF has the capacity for 2,100 inmates. It has an East and West tower.

Is CRDF Used for Anything Else? 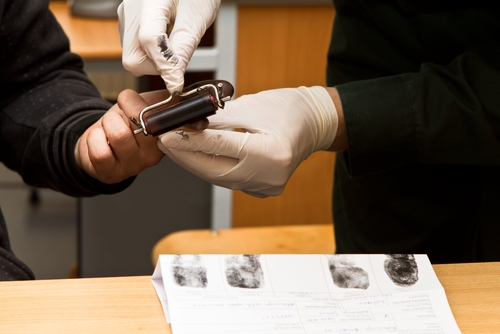 What Services Does CRDF Provide?

CDRF provides a number of services:

What Is The Procedure For Posting Bail At Century Regional?

Important Note: On October 1, 2019, the bail system in California is scheduled to change with the passage of Senate Bill 10.

This bill will provide for the elimination of cash bail and for it to be replaced by a system of judicial discretion. Judges will be tasked with making individual assessments for bail in felony matters while misdemeanors will no longer require bail under any circumstances.

What Is Bail Exactly?

Bail is a legal process whereby a person arrested and detained or incarcerated may be released on the payment of a certain sum of money so as to ensure their attendance at all future court appearances until their matter is concluded.

How Do I find The Amount Of The Bail?

In many instances, you can find the bail for a particular crime listed on a county bail schedule but these may be higher if the inmate has been accused of a very serious offense such as homicide or a sex offense, have prior felony convictions, pose a danger to the community or are considered a flight risk.

You can call Inmate Information at (213) 473-6080 to see if bail has been set for an inmate and the amount. You will need the inmate’s birth date and booking number. You can also go online at the Inmate Information Center to obtain this information or a bondsman can make the inquiry if you are using one.

Where Can I Find The Bail Schedule?

When Do You Get Your Bail Money Back?

Once the inmate’s court proceedings are resolved by the plea agreement, verdict or dismissal, the cash is returned to the inmate. This does not include the funds you paid to the bail bondsman.

How Can You Pay Bail?

Bail can be made by:

How Do You Pay Cash And Avoid A Bail Bondsman?

For any bail, you can pay cash for the entire amount owed. If doing so, have a valid, government-issued photo ID with you. This can be:

Even with cash, it can take up to 6 hours for processing before the inmate is released.

What Are Bail Instructions For Certified Check or Money Order?

Your certified check or money order is to be made out the Los Angeles Sheriff’s Department and include the inmate’s name and 7-digit booking number. Certified checks must be from a California bank or credit union. Only US Postal money orders are accepted.

Once you have the cash, check or money order, you can deposit it at the Lynwood Jail or go to the LA Inmate Reception area at 441 Bauchet Street, which is open 24 hours per day, every day of the week.

Bail bonds are obtained from a bail bondsman who can verify the amount of the bail. You will need some kind of collateral such as a car, house or other property of substantive value.

You will pay 10% of the bail amount, which is nonrefundable. Bail bond companies can be found on the internet and are usually in close proximity to the jail or courthouse.

If the inmate for whom you posted bail or bond fails to appear at any mandatory court appearance, the court can forfeit the bail and you will lose the cash. Also, the bail bondsman will come after you for the bail that can be in the thousands of dollars.

While using a bond may shorten the time for the inmate to be released, the process usually takes at least 4 hours.

You can locate an inmate at CDRF by either going to the LA Sheriff website for Inmate Information Center or by calling the Los Angeles Sheriff’s Department inmate information line at (213) 473-6080 or (213) 473-6100.

Have the inmate’s full name and birth date and booking number if you know it.

What Information Will They Provide You?

You can obtain the following information by phone or website:

For additional information on the inmate’s pretrial hearing, trial date or sentencing, go to the LA County Court Information link.

How Long Does It Take to Book An Inmate?

After an arrest, it may take at least 2 hours before the inmate is booked.

Once detained, inmates must be arraigned within 2 court days of their arrest. This does not include weekends.

What Are The Visiting Hours At CRDF?

Visiting hours are on the following days only1:

You should always schedule a visit since trying to do so without a confirmation will not allow you to visit an inmate unless there is a cancellation. You can make an appointment in the following ways:

When visiting, be sure to have your confirmation number from the website unless you are a walk-in.

All visitors 14 years of age and older must have acceptable forms of identification. Visits are limited to 30 minutes only. Only 2 visitors are allowed at one time. Acceptable ID consists of:

Holiday visits are permitted on:

You are not permitted to visit if you are of the following status:

You can still visit if you are on formal probation if you receive permission from the unit commander at the jail before you arrive and submit a completed Visiting Questionnaire for Probationers and Ex-Felons. All visitors are subject to a records check.

You are not permitted to bring anything to an inmate and you can be searched before you can visit the inmate. Be aware that your vehicle is also subject to being searched. Also, please leave the following items behind and do not bring them into the visiting lobby or leave them in a locker located in the visiting lobby:

These items should be left in your vehicle or may be stored at a locker at the jail.

Do not wear revealing clothing, short skirts, tube tops, strapless tops, bare midriffs, muscle shirts or sleeveless shirts. You must have a shirt and shoes. Provocative clothing in the opinion of the staff will bar you visiting the inmate. No clothing that is suggestive of gang affiliation or is indicative of drugs or violence is allowed or your visit will be denied.

How To Phone An Inmate

Inmates can purchase prepaid calling cards at the commissary. You can also use these methods:

How To Collect Or Pick Up Property

Inmates entering CDRF must surrender any items in their possession that are then stored. Surrender of personal property includes vehicles if the inmate was arrested while driving one or if it was involved in the commission of a crime such as robbery or transporting drugs.

All items are inventoried and stored. When the inmate is released, these items are returned to the inmate. Inmates can designate another person to collect these items for them but must have a Property Release Form, which can be obtained at the check-in window at the visiting window. The forms are processed at the Inmate Reception Center. Property other than motor vehicles may be retrieved between the hours of 8:00 am and 8:00 pm. The designated individual may have to wait 24-48 hours after submitting the form before the property may be collected.

If a vehicle needs to be retrieved, you or your designate must contact the arresting agency, such as the CHP or FBI. The department will advise you of where the vehicle is located. If it has been impounded, however, it will likely not be released depending on whether it was used as evidence in a crime or if it is awaiting a search for contraband or even DNA. Vehicles are often impounded for offenses such as vehicular manslaughter, transporting controlled substances or for DUI. You will need to contact an attorney regarding your options for retrieving it as it may be impounded for a specific time.

Sending Mail To An Inmate

You can send unlimited correspondence to an inmate but not packages unless they come from the jail commissary or directly from a bookstore, publisher or online bookstore.

Your letters may not contain any sexually suggestive markings or artwork on the outside or that makes references to a gang.

You may not send any of the following:

No packages sent from any other source will be permitted. If you do send a controlled substance in the mail, you risk prosecution3.

Transferring Funds To An Inmate

You can deposit cash, certified check or money order in-person for the inmate’s in-house account at the cashier’s office at the LA Inmate Reception Center located at:

Mailed money orders or certified checks may not exceed $200. Mail them to:

Shopping Privileges For Inmates At CRDF

Inmates can find a number of items at the Keefe Commissary including:

The Los Angeles Sheriffs Department’s Medical Services Bureau offers medical and mental health services that rival those of many states. It has physicians, nurses, dental staff, pharmacies, radiology and labs to serve between 15,000 and 20,000 inmates throughout the county correctional system.

When an inmate is brought to the Inmate Reception Center (IRC) before transfer to one of the jails, he is given a mental health screening4.

If your loved one has been housed at a local city jail, not a county jail, and you are concerned about your loved one’s condition, contact the Watch Commander and let him know that your relative has mental illness issues and describe the condition and diagnosis.

You can ask that the person be transferred to the County Jail IRC if you are advised that he will not be released soon. In circumstances where your relative have severe mental health issues, you may ask that a “5150” hold be placed on the individual, which is a 3-day involuntary hold at a psychiatric facility.

Be sure that the staff is aware of what medications the inmate has been taking, though you should send a fax to Mental Health Services with certain detailed information and ask that the inmate be transferred to the mental health unit and include the Inmate Medication Information Form.

If the inmate has medical issues, then also send the same fax to:

Include the following information in your fax:

Inmates with mental or physical health issues may be sent to the Twin Towers Correctional Facility for care.

Upon booking, inmates are classified for safety reasons. Mental health screening helps to segregate those inmates with mental health issues so that their safety and that of the staff and other inmates is safeguarded.

Inmates at the jails are classified at maximum, medium and minimum security levels and housed accordingly:

Maximum: custody levels 8 and 9. These inmates are accused of violent and sexual crimes or have a history of disciplinary problems when in custody.

Medium: custody level 5, 6 and 7. These inmates do not required a high level of security but otherwise do not qualify for minimum security.

Minimum: custody level 1,2, 3 and 4. Misdemeanants and certain felons. They have no hold on them and have displayed a degree of cooperation towards staff and adherence to the rules and regulations. They are eligible for outside work crew, work and educational release.

The majority of guards and staff are concerned with safety for inmates though inmates should be cautious and wary when dealing with other inmates and to avoid provocations or confrontations.