A successful motion to supress evidence can be very powerful in a criminal case.

In this post, I will explain how a motion to suppress evidence can be used.

….. And how it may be able to help you win a criminal case.

1. What Evidence Is Subject To Exclusion?

2. What Are The Grounds For Exclusion?

3. What Happens at a Motion to Suppress Hearing?

But before I go over the motion or the hearing itself…

Watch this video to understand how this motion can help your case.

Can Evidence Obtained Illegally Be Suppressed?

When evidence is seized by police pursuant to a search warrant or an arrest or other detention, a criminal defense attorney will look at the factual scenario to determine if the evidence was illegally obtained and in violation of the defendant’s constitutional rights. 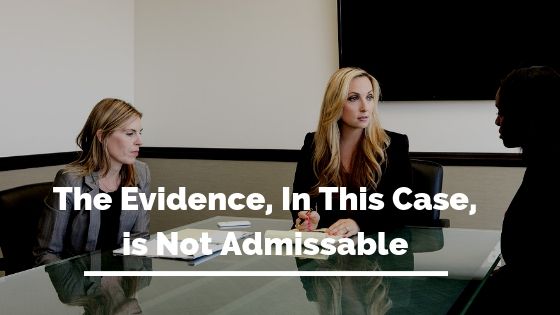 If there is some basis for this argument, then your attorney may file a motion to suppress evidence under Penal Code 1538.5. 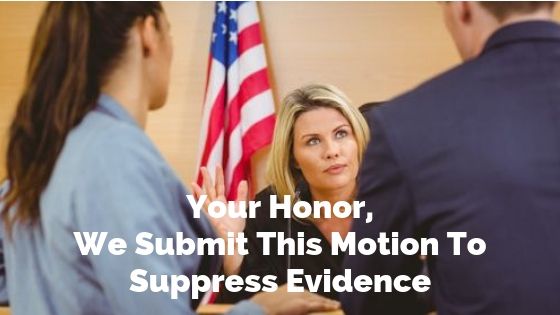 It can be used for other purposes in these situations:

Who Has the Burden of Proof in a Motion to Suppress Hearing?

A warrantless search is presumed illegal so that the prosecution has the burden of proving its legality.

If the search was done pursuant to a warrant, then the defense has the burden of proving evidence obtained was seized illegally.

What Evidence Is Subject to Exclusion?

Evidence that is subject to exclusion from being presented and heard at trial is varied. These include:

What Are The Grounds for Exclusion Of Evidence?

There are various grounds for a defense attorney to request that certain evidence is excluded from a trial.

The first two I want to talk about is the following:

All persons have a right to be free from unreasonable searches and seizures under the 4th Amendment to the US Constitution and Article I, Section 13 of the California Constitution, which states:

A search of your person, car, home or private papers may not be performed by law enforcement unless the officer obtains a search warrant. 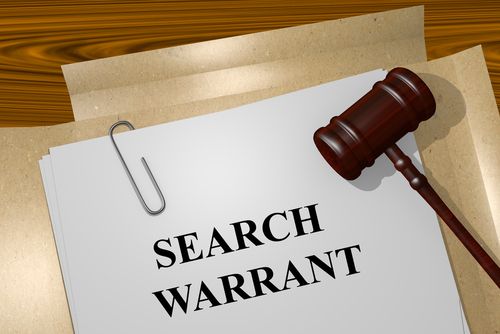 You have a reasonable expectation of privacy in your:

Watch this video to understand if an officer can just open your cell phone and start a search.

If not followed, your defense attorney can challenge the sufficiency of the warrant and have any evidence seized as a result suppressed or excluded.

Defense Attorneys Will Attack Warrants Based On:

Are There Exceptions To The Requirement That Police Get A Warrant?

Yes, there are exceptions to the warrant requirement. 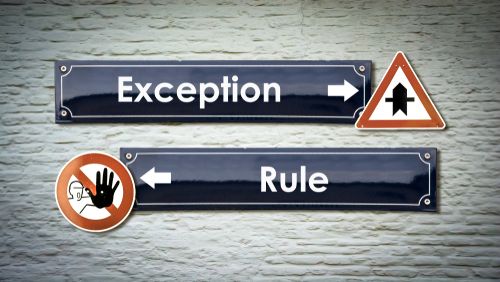 For example, you have no expectation of privacy under the following examples:

The items must be plainly visible and obviously incriminating.

However, if you consented to a search of your home, car, computer, room, tent or phone, any incriminating evidence secured will be admissible.

Are There Warrant Exceptions For Your Car?

If the police have the following they can search your car without a warrant:

If you are arrested, police have the right to search you incident to the arrest if it was lawful, which includes a search in the immediate area of your arrest for a possible weapon or contraband.

If your arrest was not lawful, any evidence seized incident to your arrest may be suppressed6.

What Other Grounds Can An Attorney File A Motion To Suppress Evidence?

The other grounds for a defense attorney to request that certain evidence is excluded include the following:

If you were arrested or detained illegally and searched, any evidence seized will be excluded.

For instance, if police randomly pulled you over and then arrested you for drunk driving, then evidence of your intoxication while driving may be suppressed. This includes observations of the police officer regarding your demeanor, speech or performance on coordination tests as well as breath test results.

Evidence Illegally Obtained Is Considered Fruit Of The Poisonous Tree

There is a legal axiom called “fruit of the poisonous tree”7 that refers to a situation where evidence illegally obtained led to the seizure of other evidence.

Because the original search and seizure were tainted or “poisoned,” then any subsequent evidence that is found and seized may be excluded.

Are There Situations Where “Tainted” Evidence Is Allowed?

There are cases where “tainted” evidence is allowed. This applies to evidence that is so far attenuated or removed from the original taint8 or which would have been found inevitably by lawful means regardless of the illegal search9.

It is usually the passage of time that determines if the taint has sufficiently worn off.

For instance, a 4-month gap between an illegal search and the discovery of a witness found as a result of the original search was determined to be admissible10.

A confession or other statement can be obtained illegally if the defendant was not advised of his or her right to remain silent when law enforcement is about to begin interrogation.

Defendants are often tricked into confessing by a promise of lenient treatment or that no charges will be filed at all or that any chance of a reduced charge is waived if the defendant refuses to give a statement now.

Coerced confessions by threats of violence or a brutal beating is an obvious violation of a defendant’s right against self-incrimination.

An involuntary confession may be determined by these factors:

The Miranda warnings are the following:

A defendant must clearly indicate that he/she understands these rights. Silence is not acceptable and police cannot question the defendant in the absence of an unequivocal response.

Also, if the defendant agrees to talk but later changes his mind and says he wants a lawyer, all questioning must immediately cease.

What Happens at a Motion to Suppress Hearing?

Your attorney will schedule the hearing and give the prosecution sufficient notice that is within the local rules for that court.

When Are Motions to Suppress Evidence Filed?

In misdemeanor cases, motions are filed at the arraignment or any time prior to trial unless you found out during the trial that the evidence was illegally obtained.

For felonies, motions can be made at the preliminary hearing or a special hearing before trial.

At the motion to suppress hearing, both parties have the opportunity to present evidence and arguments in support of or in opposition to the motion.

Testimony is taken from:

Are Both Sides Able To Cross Exam At The Hearing On The Motion To Suppress?

Both sides may conduct cross-examination of witnesses followed by oral arguments by both sides as to why the evidence should be suppressed or not.

Unlike a trial, hearsay evidence is admissible at a suppression hearing.

Hearsay is an out-of-court statement made in court to prove the truth of the matter asserted12. 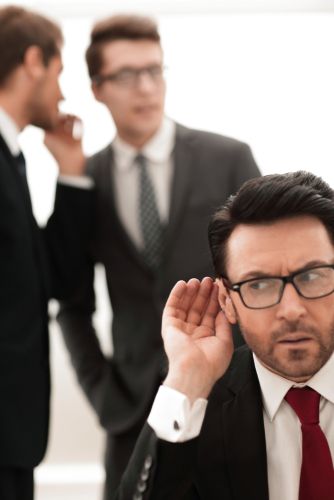 For example, a witness testifies that he heard another person say that the defendant told him he raped the victim.

What Is The Legal Standard For The Motion?

The judge decides on the motion based on proof by a preponderance of the evidence. If it is more likely than not that the evidence was obtained illegally, then the motion is granted.

If the motion to suppress is granted, the judge will order the evidence excluded from the trial.

If this occurs, the prosecution may dismiss the case but subsequently file charges based on other evidence or continue with the prosecution if there is additional incriminating evidence that is likely to lead to a successful prosecution.

Another alternative is to offer a plea agreement.

What Happens After The Hearing?

After a hearing on the motion to suppress, a judge determines if the evidence was legally obtained.

If not, then the evidence is excluded from being used at trial against this particular defendant to prove his/her guilt13.

What Happens If The Motion Is Not Granted?

If the motion is not made until after the preliminary hearing, then any incriminating evidence the prosecution intends to introduce may be challenged as having been illegally obtained.

Can The Ruling Be Appealed?

Either the defense or prosecution can appeal the judge’s ruling. 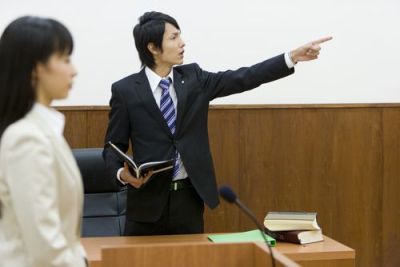 The government can file its appeal before trial.

If evidence is suppressed, then the subject property may be returned to the defendant unless it is to be held in lawful detention14.

A motion to suppress evidence can remove evidence that was never legally obtained by police and can be crucial in a defendants case.

I have filed motions to suppress evidence that resulted in the dismissal of criminal charges because the prosecution was unable to continue with their case.

Diana Aizman, Esq.
Ms. Aizman is the founding attorney at Aizman Law Firm, an award winning criminal defense attorney & former prosecutor for the city of Los Angeles. She regularly appears on CNN, Fox News, HLN & CBS News to provide legal insight on various legal topics. She is a proud member of the California Attorneys For Criminal Justice, California DUI Lawyers Association & the National College of DUI Defense
twitter
facebook
Brandon
Hi I was using meetme and was looking for younger than I but well over 18 woman to hang out with when I seen a profile it was 22 and when the detective replied said he was 15. I am now going thru hell and could use some help my public defender wont do anything and I'm sure this is entrapment cause even tho I went out of curiosity and maybe thought it was an older person trying to role play. I know I'm an idiot. And have a 4 year old and a wife super dumb me. Can I get some help you seem like you might know what to do. I am about to take it to trial and represent myself. 9719015655
Verna
Do you do Alabama cases
Jeannette
I was just found innocent of a crime I never committed. perjury on an application to recieve aid in 1995. I was legally reimbursed and found innocecent in administrative law courts. Tehama county pursued perjury charges Pc 118 which doesnt even exist if anything they were pc 10980. After spending 3 years in prison and my one and 4 yr old in foster homes I was released after 22months with lifers. Every awakening day I fought for my rights it’s taking 26 years but I did it got case reviewed with pc 1473.7 only way if your innocent and can prove it to get a review of new evidence. Welfare sept finally admitted had it not been for their errors and wrong applications of law I would never been charged and incarcerated. I’ve shed many tears being torn from my babies for 2 years. I’m 70 years old now and still am trying to get compensation from victims compensation and filling a tort claim against illiterate untrained police and welfare workers. I followed federal laws and state laws in receiving disability from amnesia to my children’s aid they were entitled too. I even read the laws they were ignoring from administrative law books and they called me a smooth operator. I still wake up screaming have restless nights. I’m researching now on what exactly I can be compensated for I know 140 for everyday incarcerated but judge ordered my case sealed and destroyed and to have my fines fees restitution returned to me. No body is cooperating any suggestions how to get attorney fees bail restitution back and from who and my children four of them should be compensated as well jeannette turner 530-366-1159