Indecent exposure is when a person exposes his person, or the private parts thereof, in any public place where other people are present and could be offended.

Being charged with this crime requires mandatory registration as a sex offender.

And today I am going to explain to you how to avoid mandatory sex offender registration.

I have never had a client found guilty or plead to violating penal code 314 PC:

Watch the full video to see how.

California Penal Code Section 314 — California’s law on indecent exposure defines the offense as willful exposure of one’s genitals to another person, for the purpose of either gratifying oneself or offending the other person.

What Is An Example Of Indecent Exposure?

How Does The Prosecutor Prove Indecent Exposure Charges?

To prove that you are guilty of “indecent exposure,” the prosecutor has to prove the following facts or elements1:

A woman was walking down a Halloween parade when her costume fell down, exposing her to parade goers.

The woman fixed her costume right away.

Because the exposure was only accidental rather than willful or intentional, it is not indecent exposure.

How Does The Law Define Genitals?

Exposure must be of one’s bare genital parts.  If you exposed your underwear, this does not qualify as indecent exposure.

Do The Genitals Need To Be Touched To be Considered Indecent Exposure?

The genitals need not actually be touched to violate penal code 3143.

Is A Woman Walking Topless Down The Street Considered Indecent Exposure?

Exposure of bare, female breasts does not qualify, whether it was done for sexual gratification or for a non-sexual reason such as breastfeeding4.

What If You Exposed Yourself In Public But Nobody Was There?

Exposure must occur in the presence of at least one other person who may be annoyed or offended by the exposure.

Exposing yourself even in a public place when no one is around does not constitute indecent exposure5.

If You Exposed Yourself But The Person Closed Their Eyes Is That Still Indecent Exposure?

Depending on the circumstances and on your criminal record, indecent exposure can be charged as either a misdemeanor or a felony.

If you are convicted of “indecent exposure” pursuant to California Penal Code Section 314, you face the following penalties:

If Convicted Of Indecent Exposure Do You Have To Register As A Sex Offender?

Yes, you must register as a sex offender if convicted of indecent exposure for both a misdemenor or a felony conviction.

How You Can Fight Indecent Exposure Charges?

The most common defenses used to defend against “indecent exposure” charges are below:

You Exposed Yourself Accidentally

As mentioned earlier, if the exposure was not willful or intentional, it does not constitute indecent exposure.

If you accidentally exposed yourself in public, you did not commit the offense.

You Were Mistakenly Identified

You could easily become a victim of mistaken identity in a situation where the perpetrator’s face was not seen well if it was dark or if he/she was wearing a mask.

A criminal defense attorney will try to convince the court that you were not the perpetrator, especially in a situation where the incident took place in a dark alley or where the perpetrator’s identity was intentionally hidden.

There Is Insufficient Evidence

If there is insufficient evidence for a prosecutor to show that you in fact committed the crime of indecent exposure, you cannot be convicted of the crime.

A good plea deal would include a plea reduction to a charge of lewd coduct.

Watch this video to understand why we negotiate indecent exposure charges down to lewd conduct. 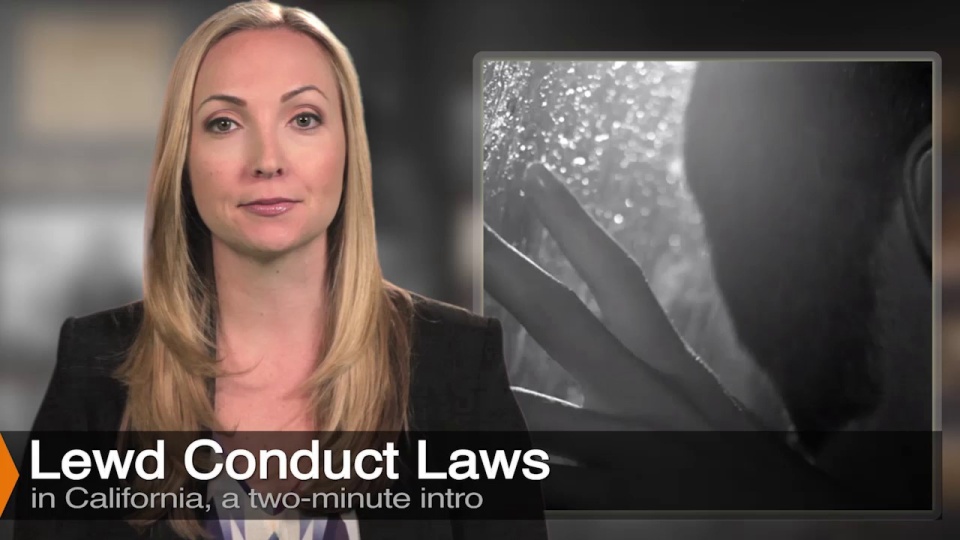 What Is Lewd Conduct?

Pursuant to Penal Code Section 647(a), if anyone solicits another person to engage in lewd conduct in any public place or in any place open to the public or exposed to public view, he/she can be charged with this offense.

An example of lewd conduct would be sexual intercourse on a public beach.

What Is The Legal Difference Between Indecent Exposure And Lewd Conduct?

The difference between “indecent exposure” and “lewd conduct in public” is the requirement in the latter offense that the perpetrator actually touches him/herself or another person in public with sexual intent.

The benefit of a lewd conduct plea deal is the ability to avoid sex offender registration.